Types of Stresses in Piping Systems

From a piping stress analysis point of view the following are the main loads to be considered for the design:

Primary Stress is generated by internal and external force and moments. Primary stress is not self limiting – even if a part moves, the load causing it does not reduce. In this example, an expansion joint without restraining hardware creates a primary stress on a pipe. 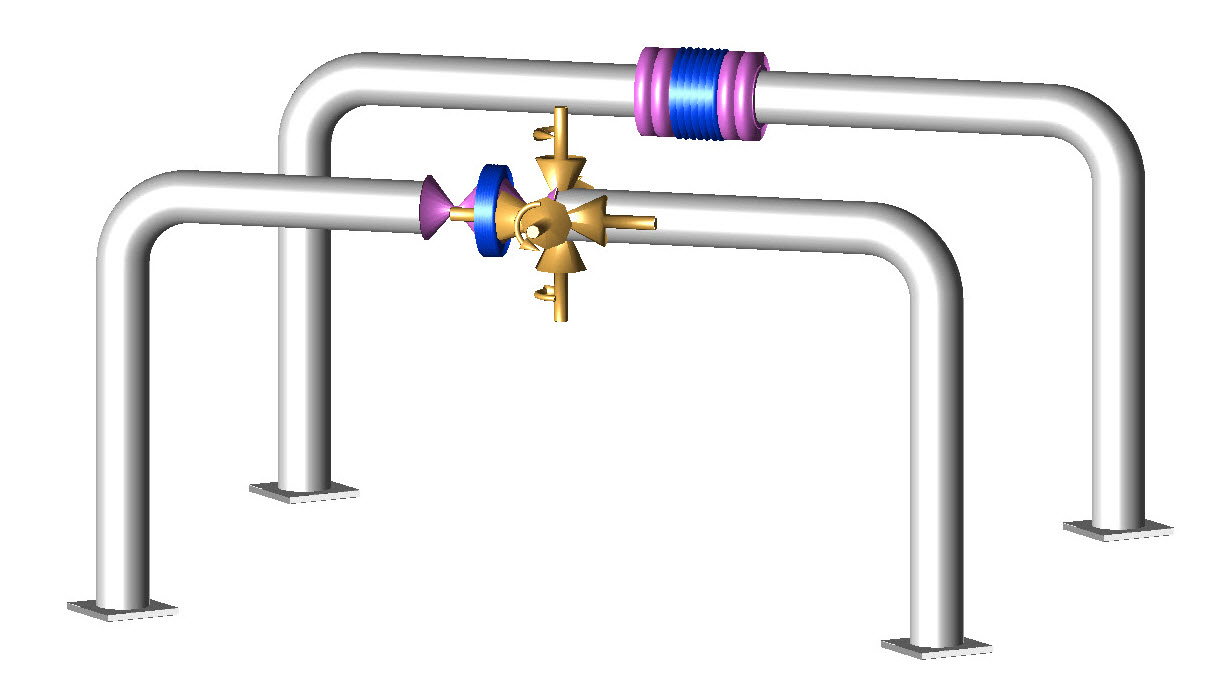 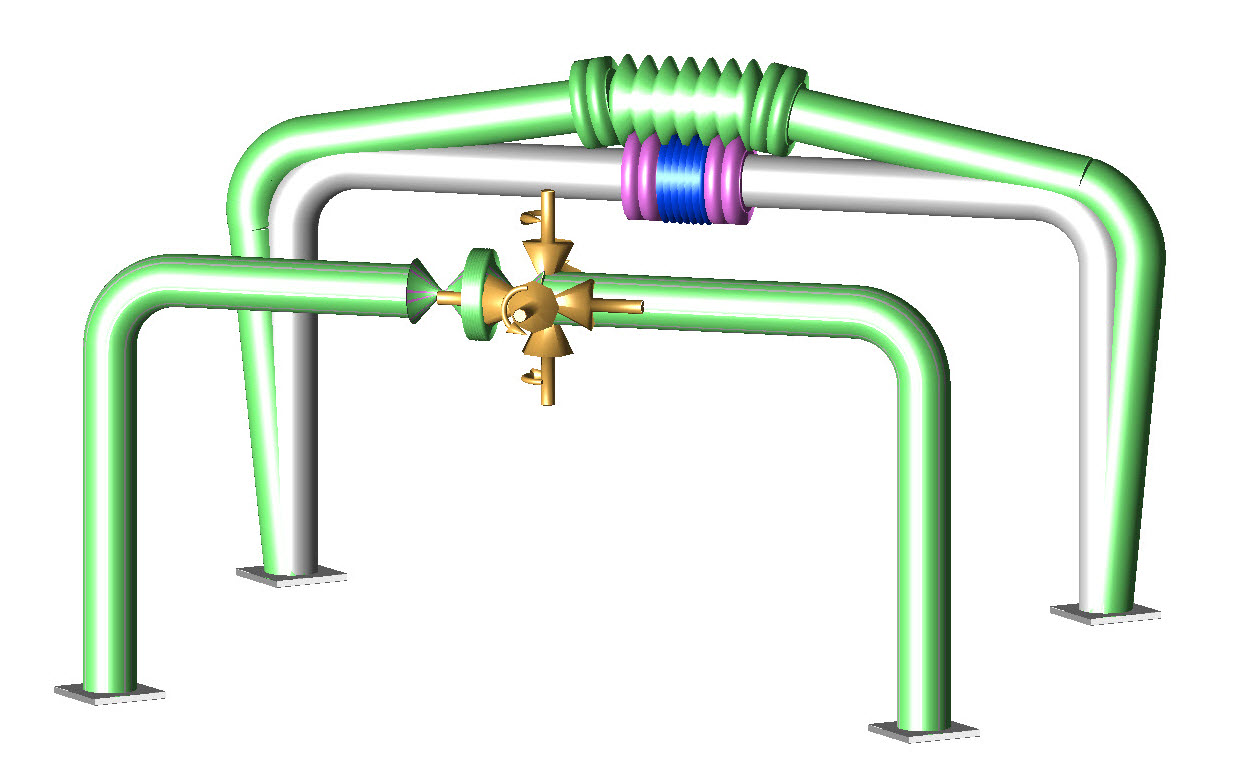 Deflection of the two expansion joints under pressure. The tie rods limit the expansion of the tied joint. The untied joint increases in length the same as if it is a hydraulic cylinder applying bending stresses to the pipe. 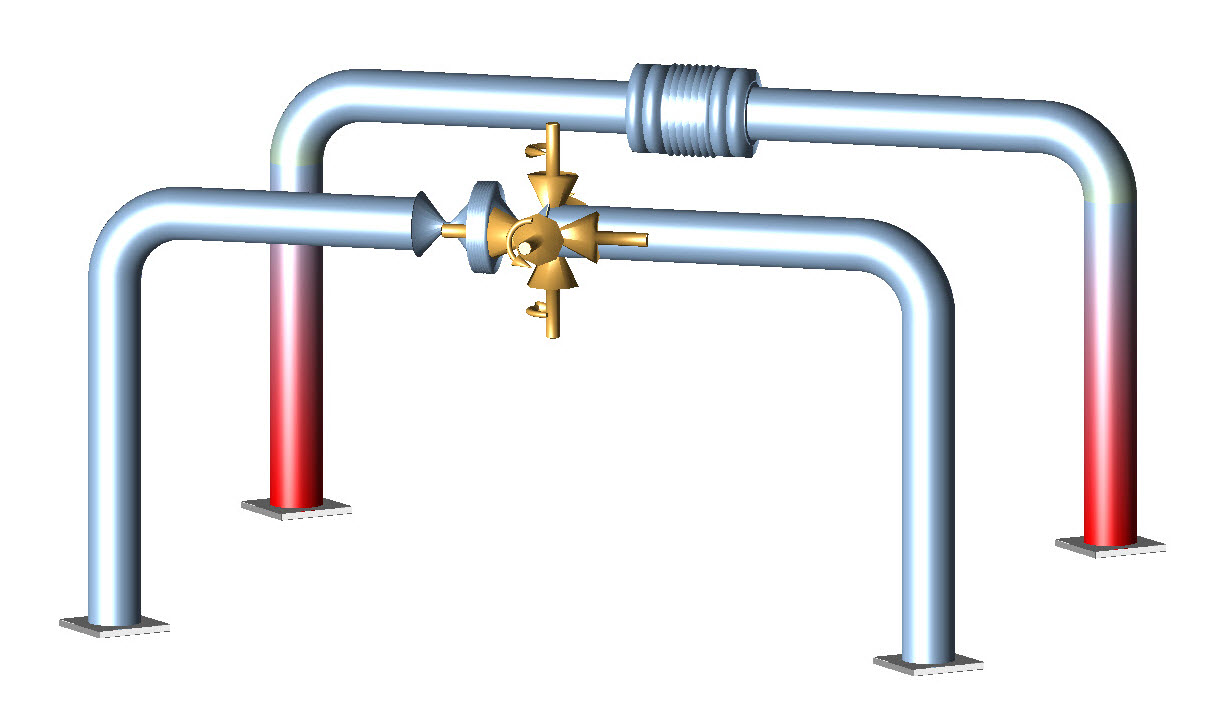 Pipe stress as reported by Caesar. The untied joint is applying a bending force, which, depending on the stress level, Caesar can report as a fail. This design does not meet the expansion joint manufacturers requirements for guiding and anchoring. The pipe with the tied joint is okay.

This primary stress is caused by pressure of the fluid multiplied by the area of the pipe. It occurs all the time the system is pressurized. No matter how much the pipe displaces, the untied bellows keeps pushing on it.

Thermal expansion and contraction happens when a pipe heats up and cools down. The piping system must have enough flexibility to handle the expansion. 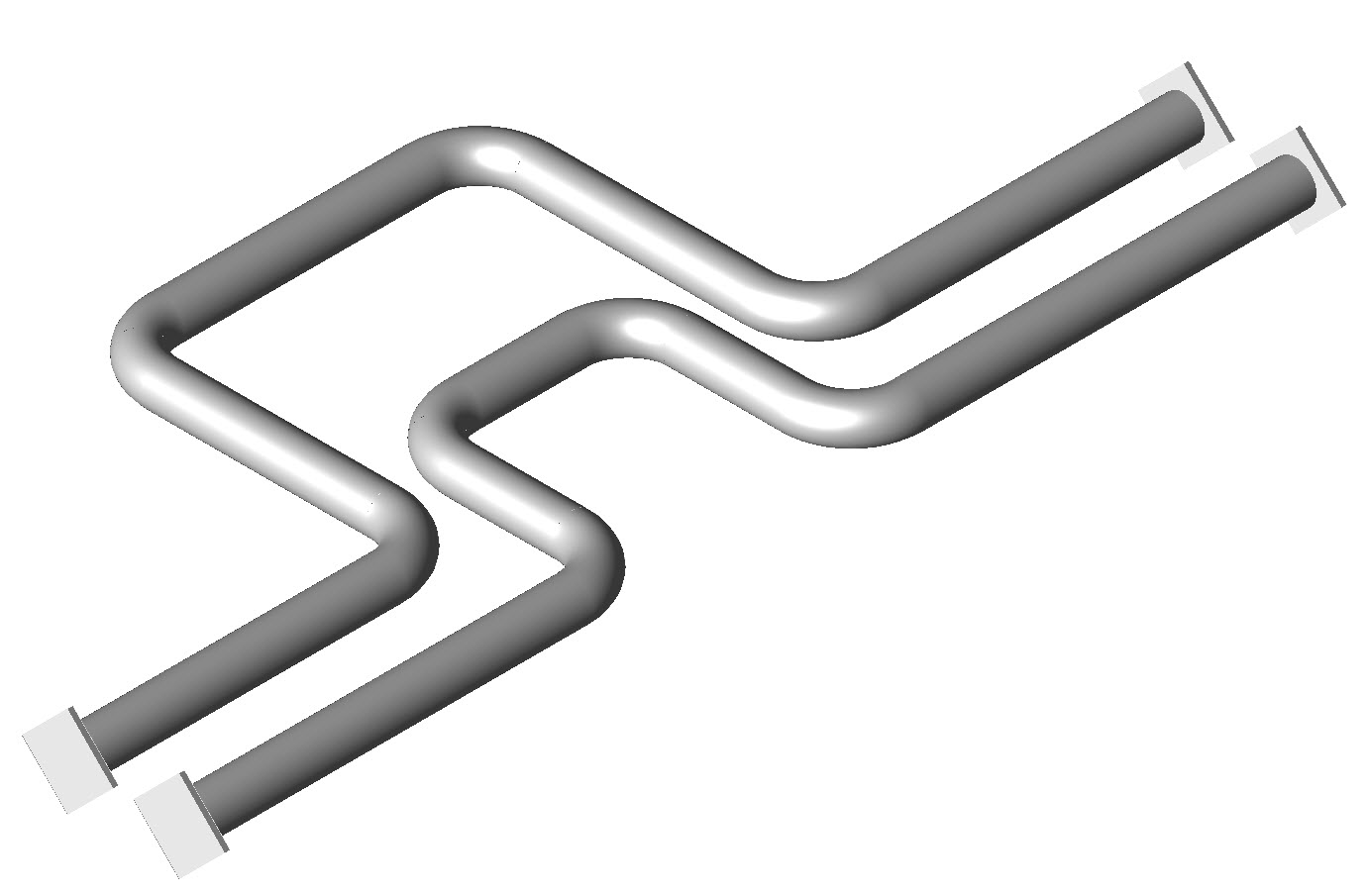 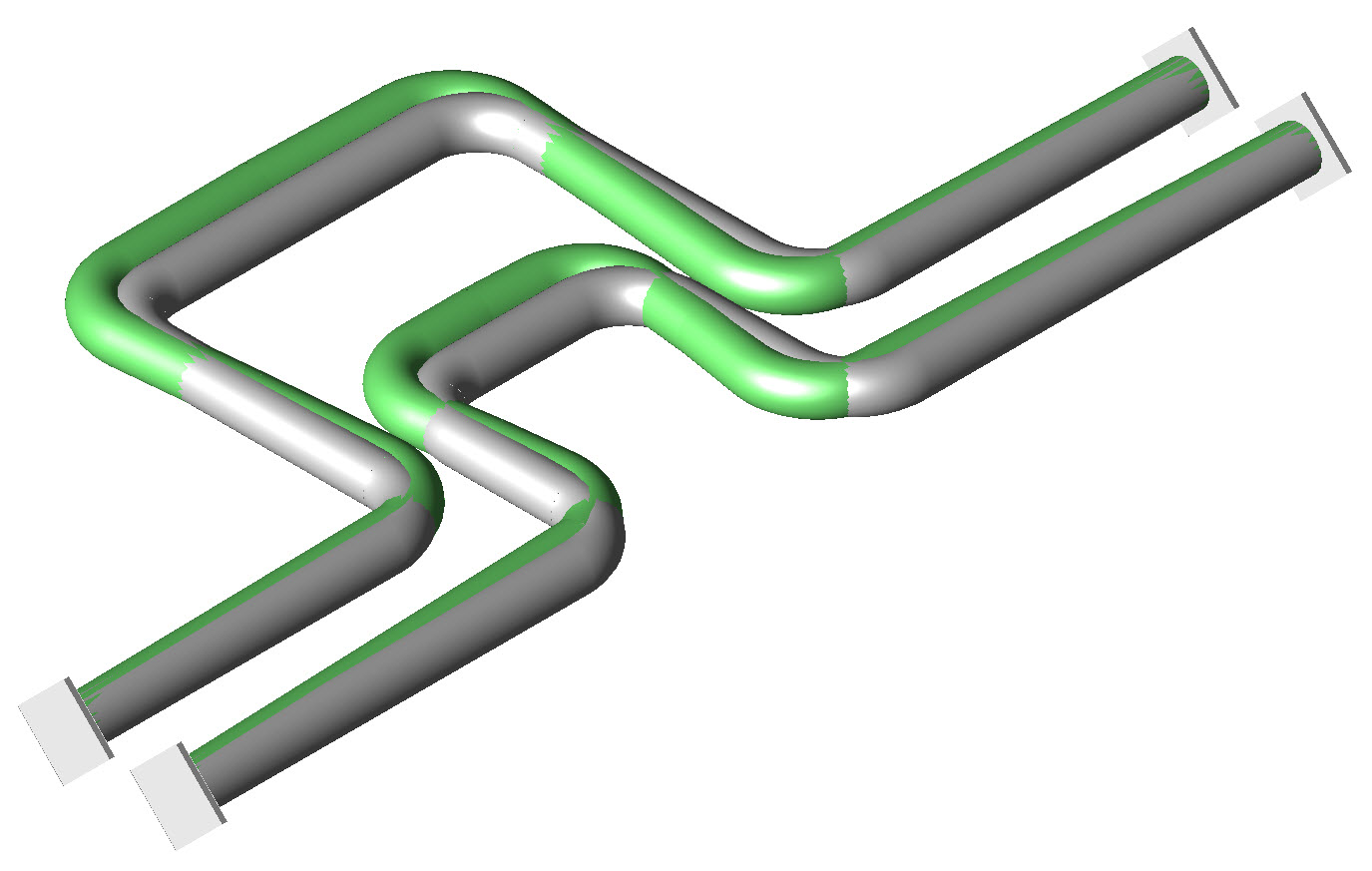 Deflection of the piping system caused by thermal expansion. The piping must be flexible enough to handle the thermal growth. 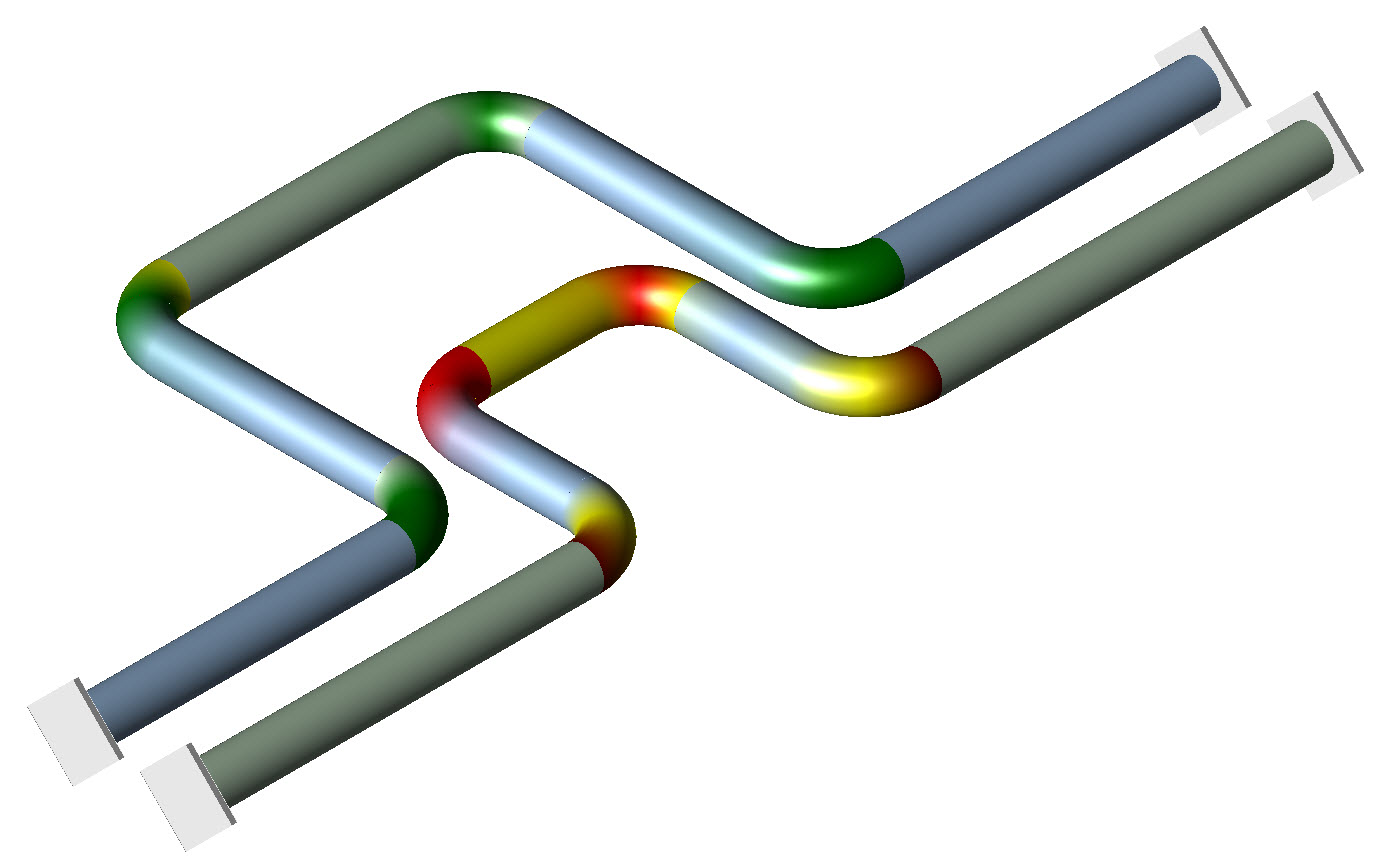 Stresses generated by the deflections. Caesar II shows the larger loop to be much better able to handle the thermal expansion. The smaller loop is over-stressed.

The stress is caused by the pipe pushing against some fixed restraint. Thermal stresses are “secondary stresses” because they are self-limiting. That is, yielding or deformation of the part reduces the stress.

Higher stresses are allowed than in the primary case because of this self limiting behavior. Stresses above the yield point can be acceptable, however, over time, an accumulation of highly stressed thermal cycles can exceed the fatigue capacity of the material leading to failure. 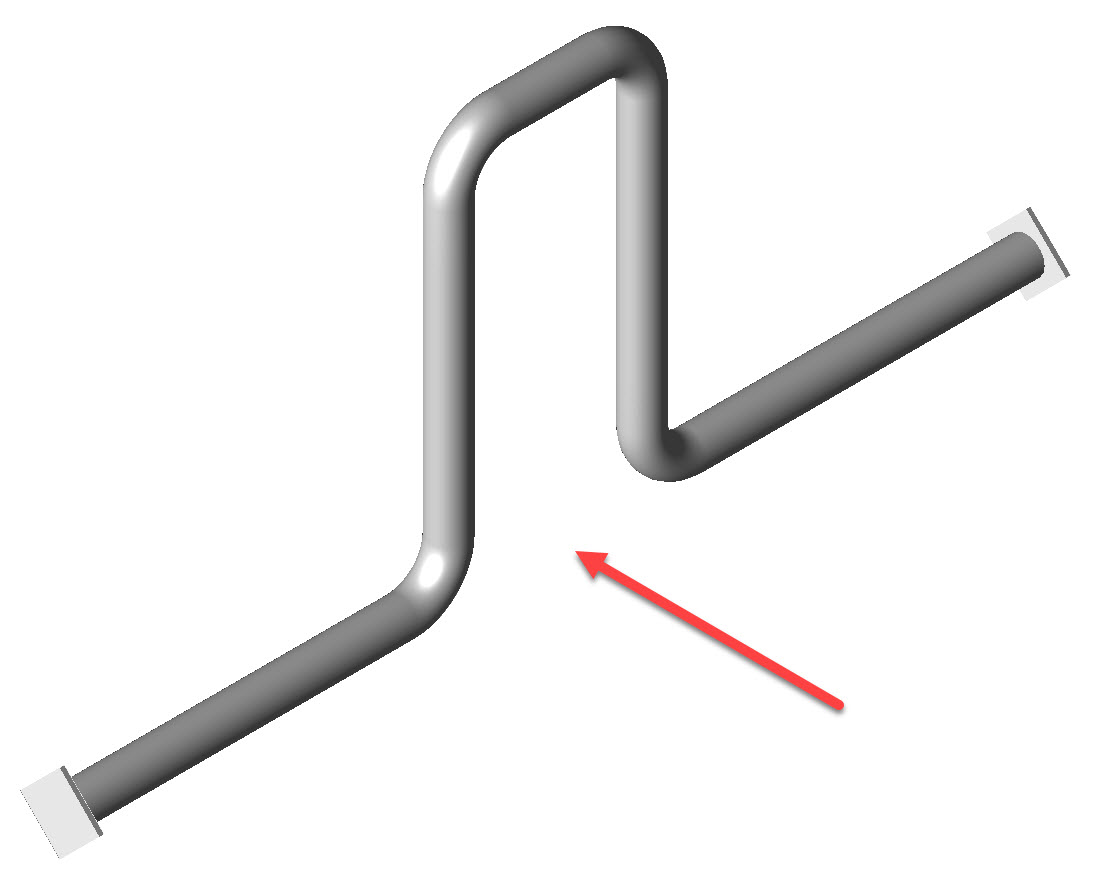 A vertical pipe loop subject to a seismic load in the direction shown by the arrow. 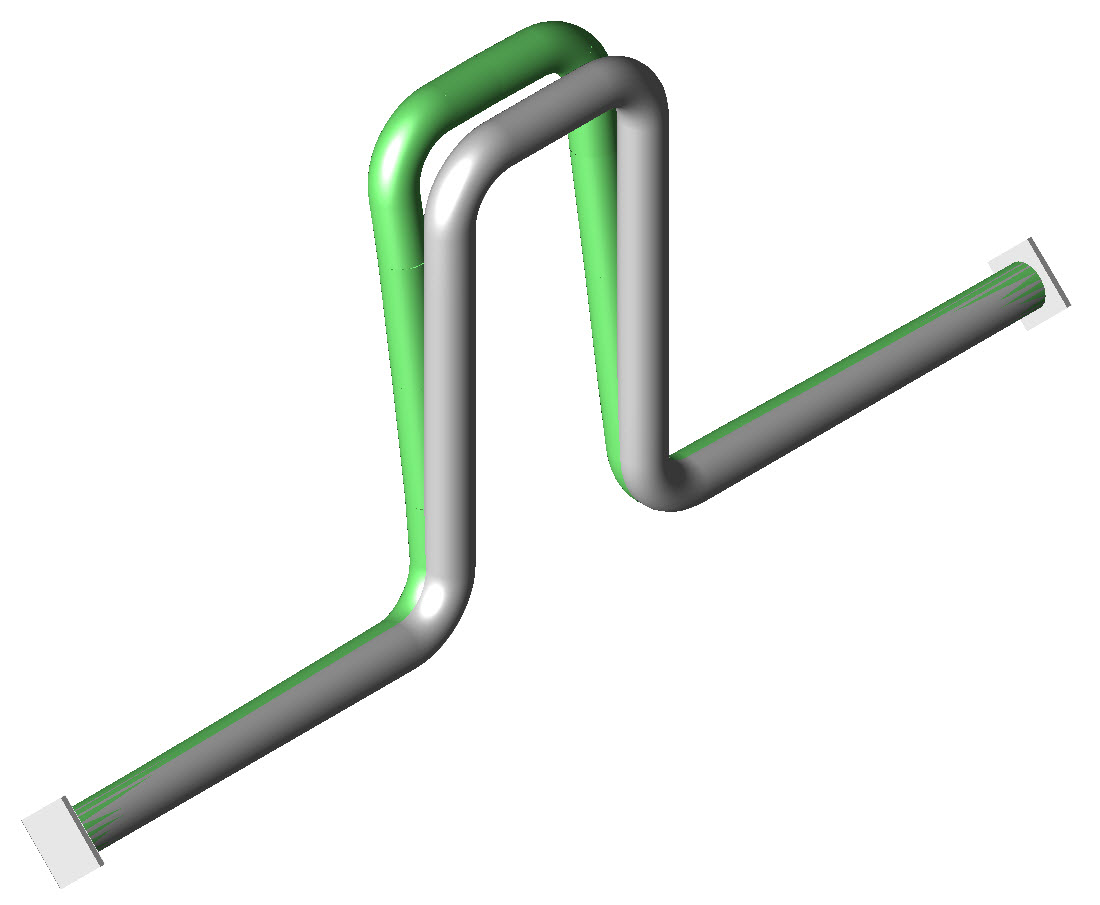 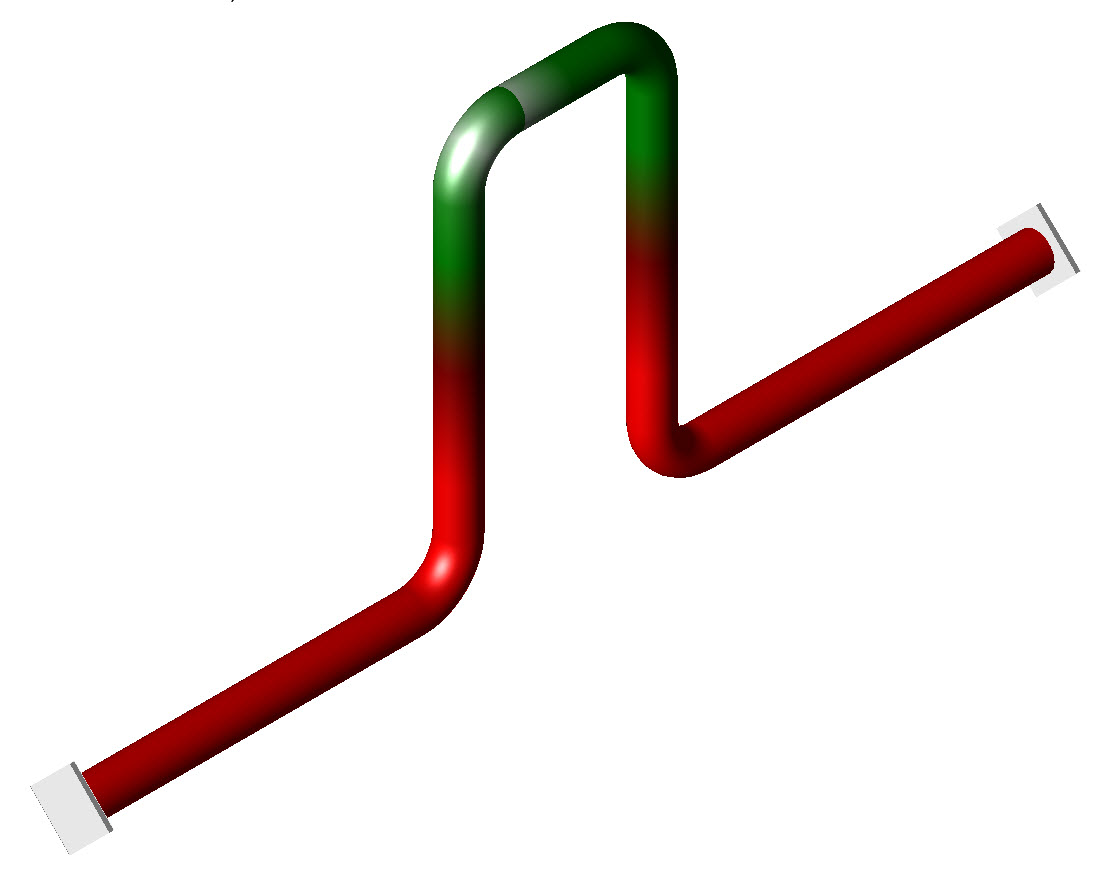 Caesar II reported stresses in the loop caused by the displacement.

The supports for a loop like this would have to be carefully considered to maintain the flexibility while also providing the required support for seismic loads. 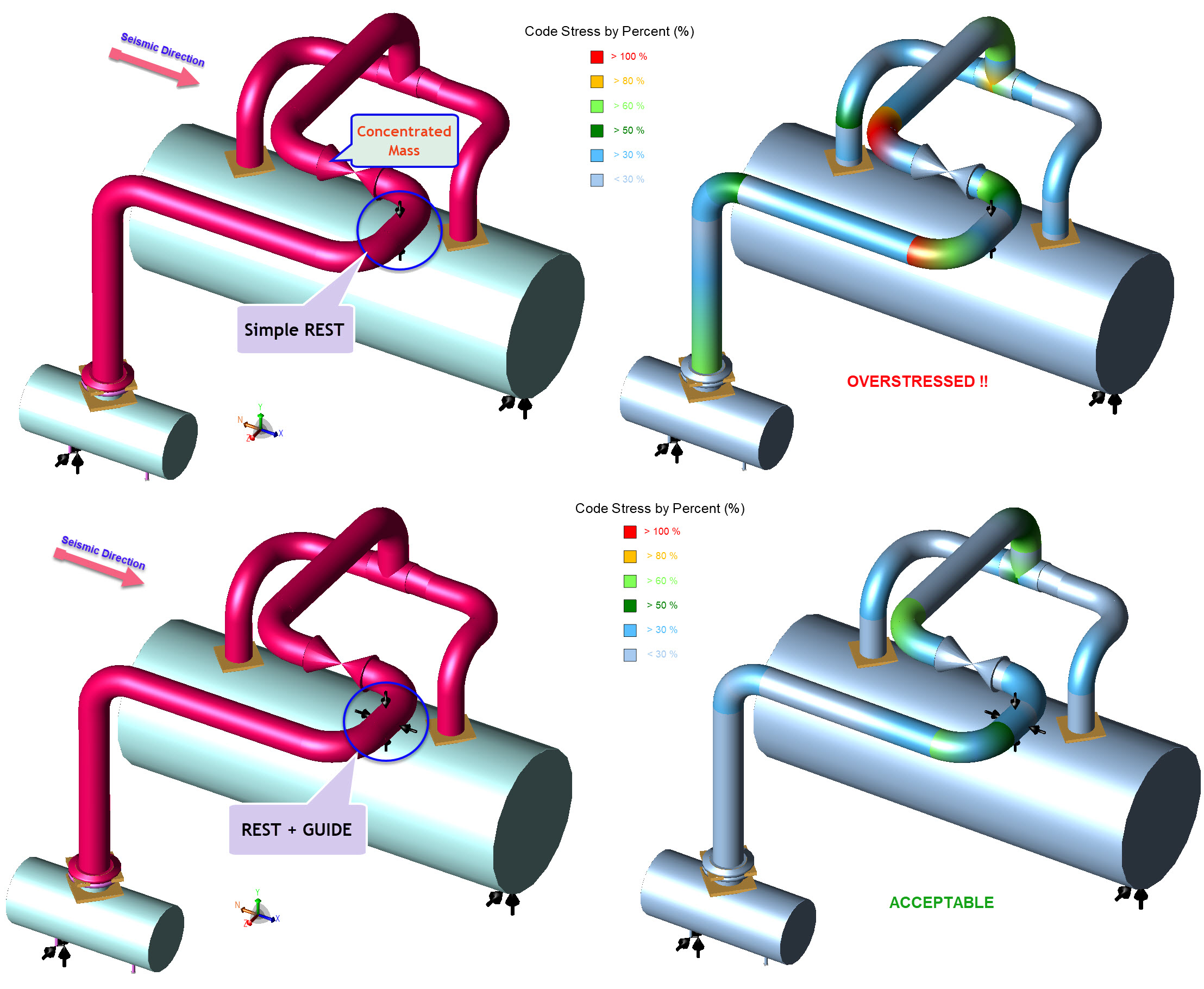 Unacceptable occasional seismic loads become acceptable in this job by changing how the piping is supported.